The Pony Club will hold the first ever two day arena polocrosse tournament on the weekend of the 23rd and 24th of April 2016 at the spectacular Dallas Burston Polo Club near Southam, Warwickshire. The event has been sponsored by the South African polocrosse and equestrian equipment company, Bombers, who will be sponsoring the prizes for the event so the players can expect to receive top quality, polocrosse related prizes.

Arena polocrosse has grown in the last few years, with more Pony Club Branches and Centres making use of indoor and outdoor arenas during the winter months to train and hold friendly chukkas. Also, UK Polocrosse clubs have held a number of one day arena tournaments in the last couple of years. However, the Pony Club have decided to take arena polocrosse to the next level by hiring Dallas Burston’s Super Arena, which measures 140 metres long by 70 metres wide and running a two day arena challenge for their Members to take part in. 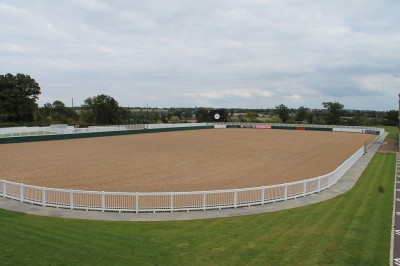 With an arena that is almost as large as a normal polocrosse pitch the action will be similar to what is seen on grass polocrosse pitches all around the world but there are some small rule changes for arena polocrosse, such as the goals having a height limit on them and the fact that play simply carries on if the ball bounces off the arena wall.

The event is open to all Pony Club Members and is expected to attract a range of ages and abilities. Entries will be limited to around 60 players, spread fairly evenly across three age sections (Open, Juniors and Minis), in order to allow for the teams to all play three matches over the weekend.

Pony Club polocrosse chairman Jan Whitehead said “This will be another great step forwards for polocrosse in the Pony Club and we are expecting a brilliant weekend. We are hoping to attract about 20 sections of players across the grades (open, junior and mini) and, if the entries are high enough, we will split the grades into experienced and novice sections so that all the players have an enjoyable weekend of play competing against sections of a similar ability.”

Bomber Nel, the founder of Bombers Equestrian Equipment, said, “We are delighted to be supporting the UK Pony Club for this new event. Polocrosse is such a wonderful sport for Pony Club Members and teaches them so many different skills. We are very happy to be able to help put another date in the calendar for Members of all ages to come along and have fun at!”

Schedules and entry forms for the event will be available on the Pony Club website shortly.