However, given the strength of the Zimbabwe teams the Zambians will probably be very pleased with their performance. Zimbabwe trotted out 3 of their World Cup stars (Sophie Sargeant, Kelly Redford and Terrence Keith) in the A grade and then added in the likes of Hamish Michael and Greg Sargeant for good measure.

Zambia responded by sending out two of their World Cup players in Murray Evans and Lauren Watson and then called up some of their young talent and also Richard Chapple! The former UK junior has finally returned to international polocrosse having moved to Zambia few years ago. Now after a few years of rest and relaxation he has decided to once again strut his stuff on the international polocrosse scene. Now the big question (editor’s note: in the Polocrosse Extreme office anyway) is can he win a call up to the next World Cup in 2015 and play against his former country?

Given the closeness of all the matches a 5-1 scoreline in the end seems harsh on Zambia. They continue to show their growth and improvement as a polocrosse nation. Maybe next year it will be their ZimZam!

Full teams and best numbers and horses are included in the report below, courtesy of the Zambian Polocrosse Association. 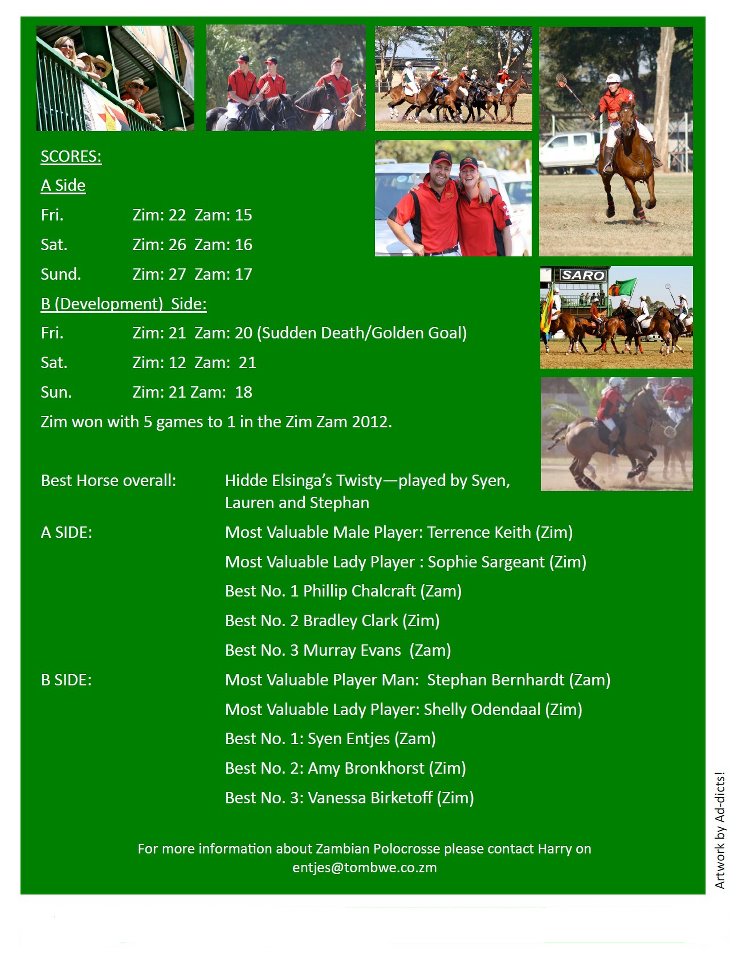 Comments - No Responses to “Zimbabwe win the ZimZam 2012”