The UKPA Annual Awards Ball rolled into town on Saturday the 6th of November; the town in question was Milton Keynes, home of thousands of roundabouts and for one night only a horde of polocrosse players and supporters looking to end the 2010 season in style. And end it in style they did, well for the most part, the Cotswold players did regularly try and turn the event into a “tops off party” but at least Dan Rohan stayed fully clothed.

The food was excellent, the DJ played an great mix of music and the venue’s staff were very polite and helpful. A massive thank you must go to Kat Forrest for organising the ball this year and also organising a raffle to help raise funds for the World Cup squad which made nearly £500, though it was perhaps disappointing that not many of the actual squad were at the ball. There were also a number of the award winners missing and maybe next year the UKPA will look to tip people off into advance to avoid so many awards being accepted on behalf of people. However, aside from that it was a highly successful night and everyone there seemed to have a great time and it was excellent way to round up the UKPA’s 2010 season, now we can all look forwards to 2011! 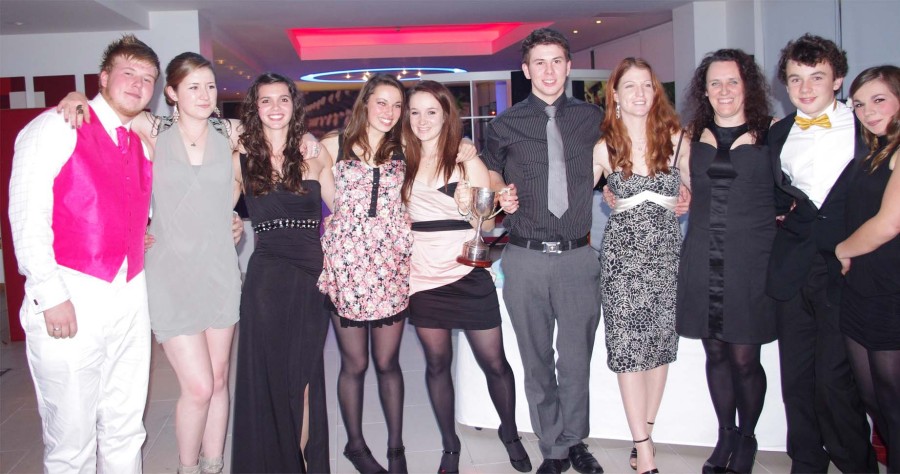 The Charles Mason Trophy, for a non-Exec members who has done a great deal for polocrosse – Jane Venworth
The Minter Strover Trophy, for an under 16 who has been a great ambassador for their sport – Olivia Miller
The Chapple Shield, for the most improved player – Joe Hopkins
The Laura Millington Trophy – Alex Rowley
The Jock Kay Memorial Trophy, for the horse of the season – Socks (Dan Duhig)
The Player’s Player Award – Wayne Henning
The Jenkinson Umpire Award – Colin Williams
The Janet Jones Memorial Shield, for the main league – Kent Target
The Polocrosse Extreme Cup, for the league adjusted for size – Vale Impi

Best Numbers for the Season:

Comments - No Responses to “UKPA Present Annual Awards at the Ball”