The annual Pony Club Polocrosse Arena Challenge took place again in the super arena at Dallas Burston Polo club in Warwickshire on the 21st and 22nd of April and there was some great play at all levels. With three grades of play there were players from 7 to 21 years old taking part and both the players and their horses produced some fantastic polocrosse across the two days.

Bombers Equestrian Equipment sponsored the competition for the third year and provided some great prizes for all the teams that got onto the podium.

There were also the Bombers’ Best Male and Best Female player trophies, which are presented to two players who had shown not only brilliance on the pitch but have also shown great sportsmanship and are role models in the sport.

This year the Best Male player went to Boy Wilson Fitzgerald of the Oakley Hunt West and the Best Female player went to Katie Loutsiou of the North Warwickshire for their performances in the Juniors and Seniors grades respectively.

Katie said “It’s a fantastic honour to win the best female player award at this amazing tournament. I’d just like to thank all the teams we played against for some great games, the organisers for putting on this fantastic event and our Branch, in particular our manager Gill James, for supporting us in playing this sport and teaching us to play it originally!” 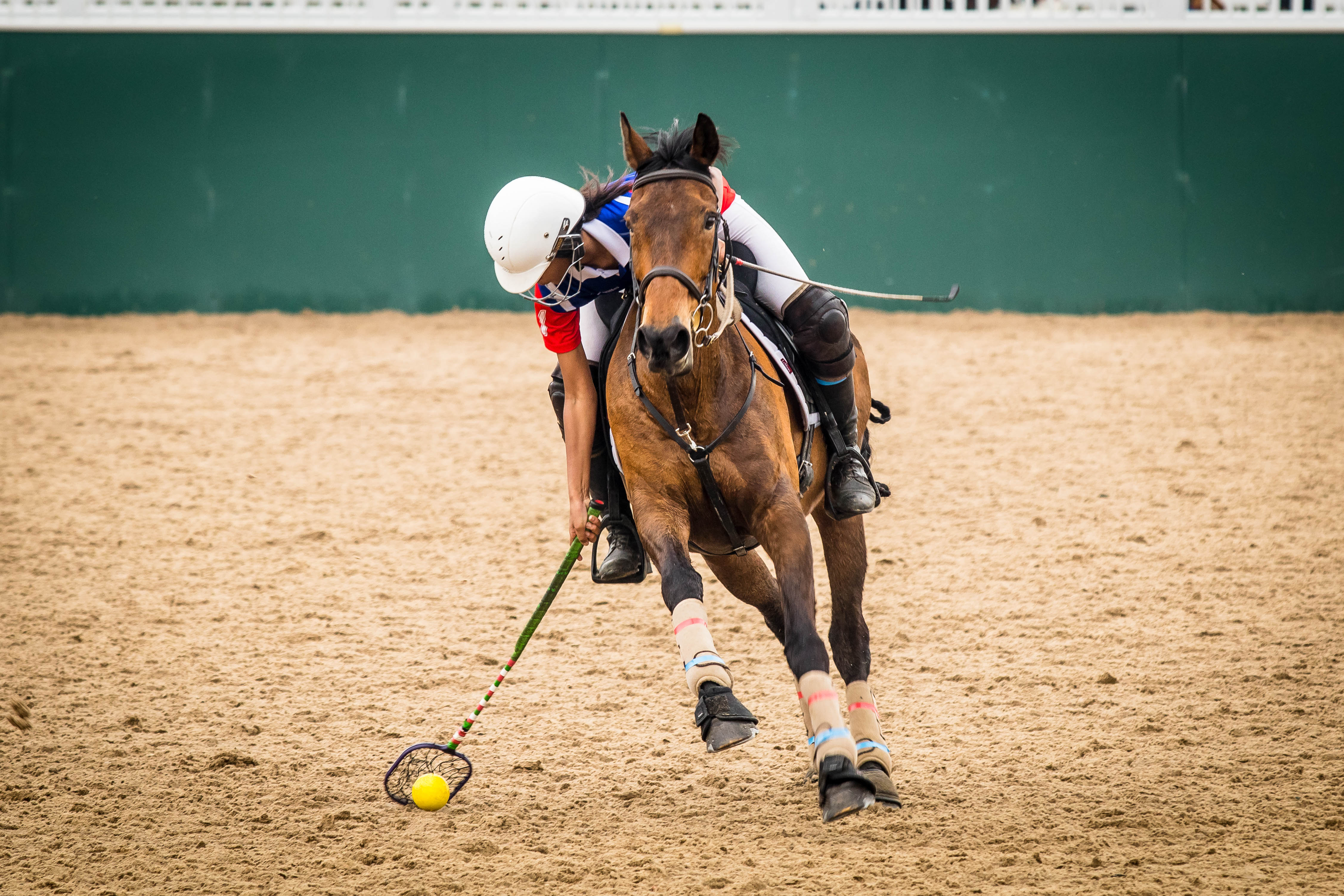 In the Minis competition, for players under 13 years old, the players took part in a turnabout tournament with the teams changing for every game to give the players a chance to play with new players and in different positions.
Each player earnt points from the results of each game and also from their own performance. At the end of the weekend Isabel Lewis of the Dinas Powys and Taryn Tinker of the Essex and Suffolk Hunt were the joint winners. They were closely followed by Evie Herbert (Dinas Powys) and Lottie Wilson Fitzgerald (Oakley Hunt West) in equal second and Tegan Cummings (North Warwickshire) and Ruby McCarthy (Dinas Powys) in joint third. Lottie’s pony Jasper won best Minis’ playing pony.

In the Juniors competitions there were some very hard fought matches, both throughout the pool stages and in the finals. It culminated in an incredibly close final between two combined teams. Philip Watney (United Pack), Sally Watney (United Pack) and Xanthe Goodman (Essex Hunt North) took on Katie Davies (Flint and Denbigh), Yasmin Palmer (Flint and Denbigh) and Boy Wilson Fitzgerald (Oakley Hunt West) and the final went to golden goal after ending in a six all draw after 18 minutes of play.

After a minute of the golden goal chukka it was Katy, Yasmin and Boy who emerged victorious as they got the ball to Boy in the goal scoring area and he calmly scored to clinch the win. Sally Watney’s horse Spie won best playing horse.

In the Seniors competition there were again some very hard fought matches through the pool stages but ultimately it was the two North Warwickshire teams who made it to the final. Last year the North Warwickshire branch managed to win both the Seniors and the Juniors competition but this year their former Junior team of Tegan Bristow, Fin Bristow and Theo Cornforth had got too old for Juniors and had move up to Seniors. In the final they took on the 2017 champions of Katie Loutsiou, Danny Woodward and Amy Harper.

At the end of normal time there was nothing between the two teams with the score line at nine all and so the Seniors final also went to golden goal. In the opening line out Fin Bristow snapped the ball straight away and shot down the field to score the winning goal in under 10 seconds and make the former Junior champions the new Senior champions. Rosie George of the Ledbury Branch picked up the best senior playing horse prize for her horse, Meow.

Jan Whitehead, Pony Club Polocrosse Chairman, said “This is always a great weekend for Pony Club polocrosse. The standard of play seems to get better and better. It is brilliant to see just how much all the players keep improving and also it is wonderful to see all the new players who have only taken up the sport in the last year coming along and playing at this event. We have the Australian Pony club sending a team over in July to play against a UK team and having seen the standard of play this weekend I think that should be a fantastic competition.”