The Arden Polocrosse Club Winter League came to an end on Sunday the 13th of December, the third of three days of play held in the Super Arena at Dallas Burston Polo Club across October, November and December. For each of the three dates, players entered as individuals and were put in four categories by the organisers based on their age and their playing grades. Play took place across four grades on each day, with some players from the different categories mixed within the grades to make the numbers work and to make play as even as possible. Then, across the three dates, the players accumulated points for appearances, goal differences from their games, best number nominations and best horse nominations, with prizes awarded at the end of the final day of play for most valuable players in each category and most valuable horse in each category, along with a few other special awards.

The arena at Dallas Burston is a spectacular setting for polocrosse, measuring 160 metres in length and 60 metres wide with curved ends funneling play towards the arena goals, which unlike normal goals have a height limit on them. The venue and the dates certainly proved popular with players, which each of the three dates being well supported with a full day of play on each day and plenty of competition for the prizes.

In the Golden Oldies category the MVP was Coral Henshaw with 33 points. Gill James was the reserve MVP while Socks, owned by Danny Duhig and played by Coral Henshaw won most valuable horse and his 6 point haul was the difference between Coral’s and Gill’s score after the final days play. In the Junior category it was a win for Tegan Bristow as MVP, with Josh Smith as reserve MVP.  Tegan Bristow’s L’oreal Lee won most valuable horse and again made the difference between the players as Tegan was ahead of Josh by just 3 points, though they never actually played against each other as they always ended up in different grades.

For the full results, see the tables below: 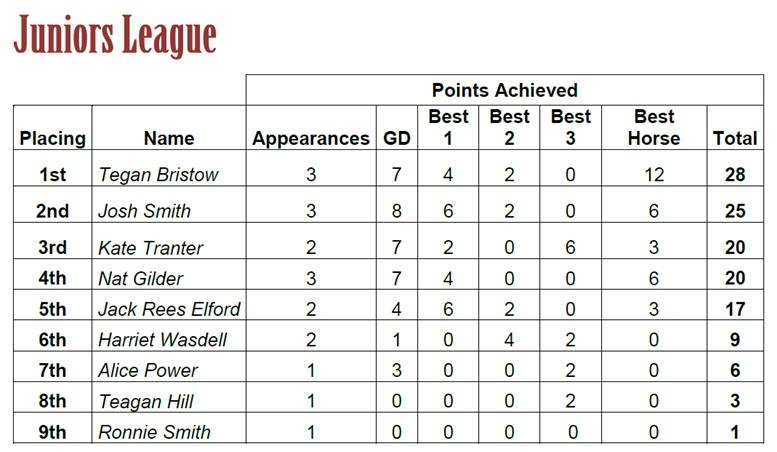 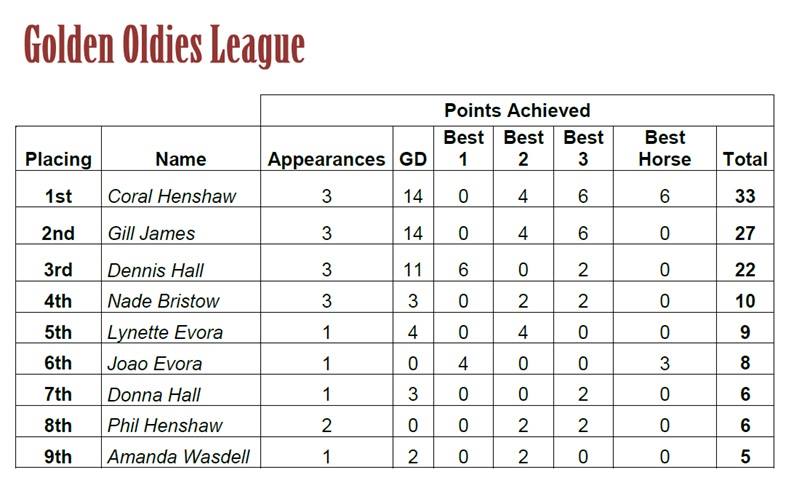 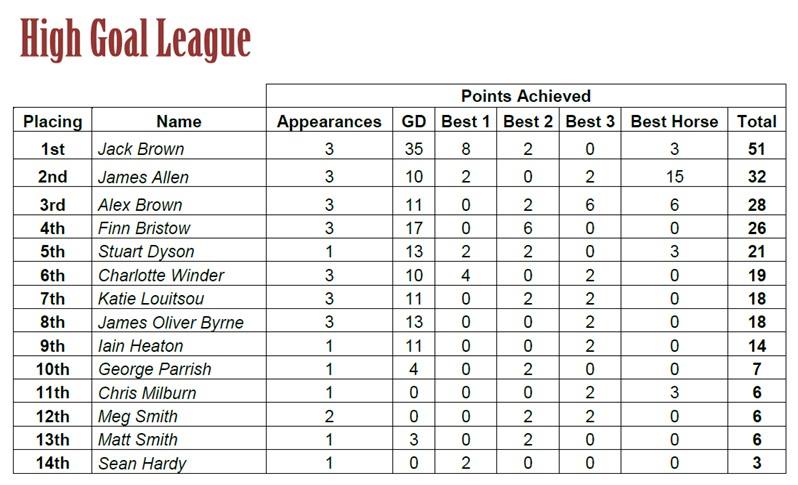