Cotswold managed a 1 and a half in the A grade (as their full team won and then they teamed up a section with a Kent section to take the second spot) and Arden claimed a number of prizes at what was probably the biggest ever Celyn tournament. Over a hundred players made the journey up to North Wales to a tournament which unsurprisingly grows in popularity each year. The location is close to the M56 making the journey reasonably straightforward, the pitches are very good to play on, the atmosphere is always relaxed and fun and the bar and food is cheap (Editor’s note: Though the bar does tend to run out of everything and so you end up drinking strange concoctions called greenie meanies).

So Cotswold cleaned up with Kent’s help in the A grade, though in truth both teams lost narrowly to the UK’s Under 21 squad who were getting ready for their test match series against Ireland later this month but as the Under 21’s were playing hors concours (Editor’s note: In the words of Del Boy “That is your actual French”) Cotswold were crowned the winners.

In the C grade, as there was no B grade, it was the UK Juniors who defeated everyone as they prepare to fly to Australia to play against New South Wales, but again they were playing hors concours and so the honours went to Vale Impi with Arden in second place (though confusion at prize giving meant Arden were briefly awarded the top spot). This was the first of two second places and two wins for Arden and these meant they took the most points from the tournament but Vale Impi were also strong with two wins and one second place to their name.

In the D grade, Canterbury Colts were on fairly impressive form and they won all their games reasonably comfortably to take the title, with Arden in second spot. In the E grade Arden teamed up with Vale Impi to win, after a very hard fought final in which they defeated Pennine by just one goal.

In the juniors again Arden were at the top of the winners podium, this time they were teamed up with a Celyn section and then a combined Welsh Dragons and Vale Impi team were in second spot. 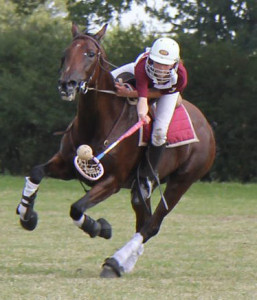