As the newest country to the World Cup (2011 will be their first ever appearance), Zambia are a bit of an unknown quantity and there are probably several coaches who would love to know a bit more about their players and how they will perform on the world stage. The names of the World Cup team were released about a month ago and now the Zambian Polocrosse Association has released more detailed profiles of their players.

From these profiles it is possible to learn various interesting snippets of information, for example their team features two 16 year olds in Kirsten Michelson and James Rae (editor’s note: James does seem slightly confused if he plays for Lusaka South County Club in Zambia or Richmond Club in South Africa), and overall are a fairly young side. There are a few players who have previously represented Zimbabwe and South Africa at one stage but for the most part they are Zambian born and bred. They are also not a team lacking in international experience with most of their players having played in the ZimZam tournament or against South Africa at one point and their captain, Anthony Barker, has ten years of international playing experience, albeit playing cricket for Zambia rather than polocrosse!

So what should their international opponents expect of this side? As an African country they will play fast and hard and any team would be foolish to think they are going to have it is easy against them, especially teams such as the UK and New Zealand who have, at points, struggled against African teams. This team has experienced players and Zambia beat Zimbabwe in the ZimZam in 2010.

In 2003 the UK surprised everyone when they pushed Zimbabwe and New Zealand right to the wire in their group stage matches, losing to New Zealand by 1 goal and Zimbabwe by 8 goals, purely due to one dreadful 8-0 chukka. Zambia may well do something similar in 2011. A top 4 finish would seem unlikely but 5th or 6th place would seem very do able.

For full team profiles see the Zambian Polocrosse Newsletter below: 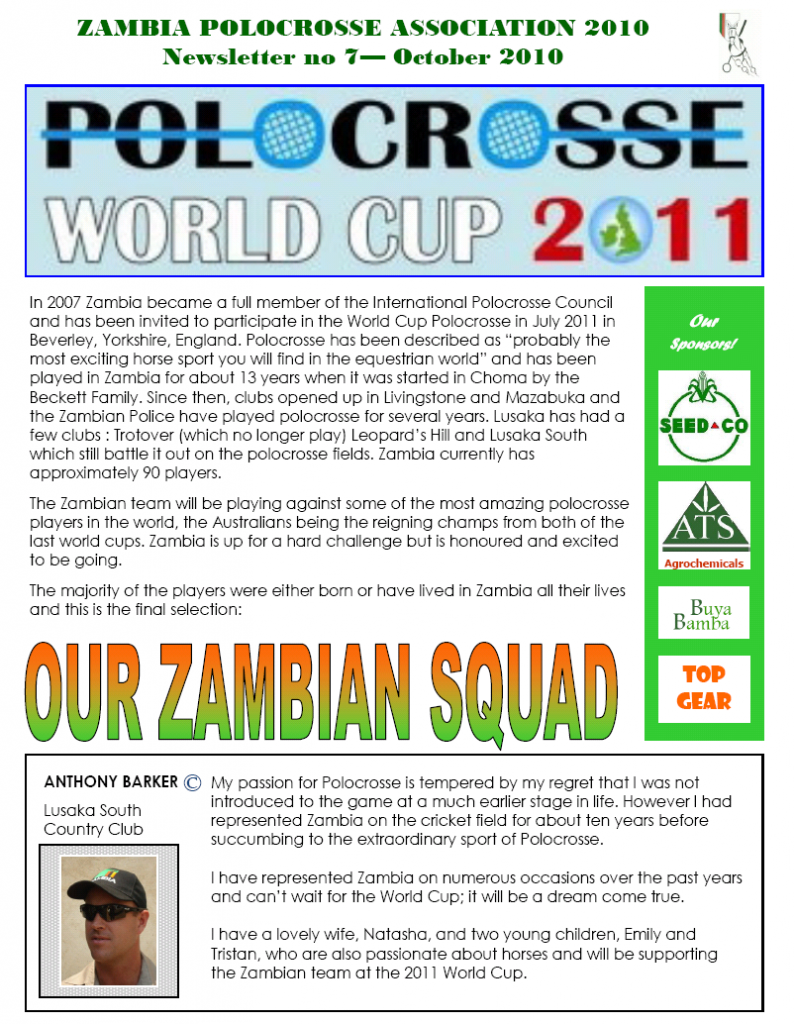 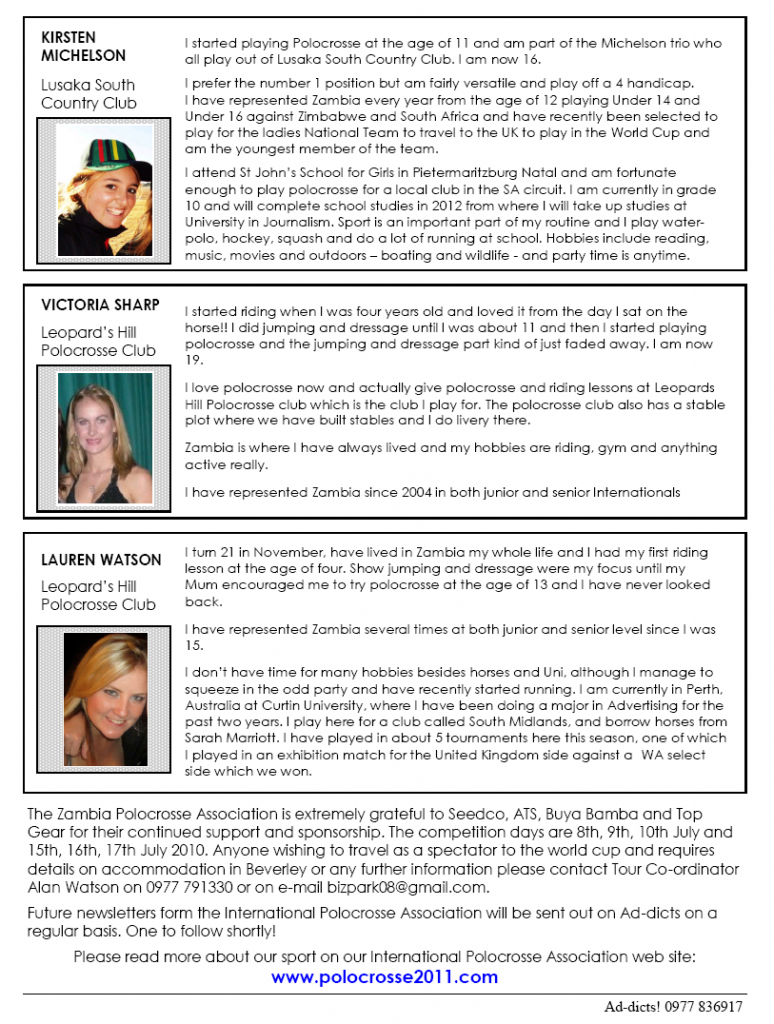