The UK seize victory, breath testing claims its first victim, Crusaders show their true colours and has the rain ended at last?

Midland Tournament was a highly enjoyable affair. Unfortunately due to the heavy rain in the run up to the tournament there could only be play on two pitches. This factor, combined with the fact there was the UK Under 21’s test matches against Queensland going on, meant that, of the normal grades, only the A and B grades could take place.

There was also an International grade which was the UK junior teams and their New South Wales compatriots (as they have just ended their stay over here), combined with a French team and a Invitation Six.

The weather was good during the two days of play, though the rain did fall heavily on Saturday night (luckily most people were safe and dry in the club house. Some poor people couldn’t make it back out of the club house, due to the heavy rain, and were forced to remain in there till 3am, when it was considered safe to walk the 50 yards back to their tents and lorries). The heavy rain meant that on Sunday the pitches cut up prettily badly and by the end of play a casual observer might have been forgiven for thinking that someone had accidentally run a couple of ploughs straight through them! 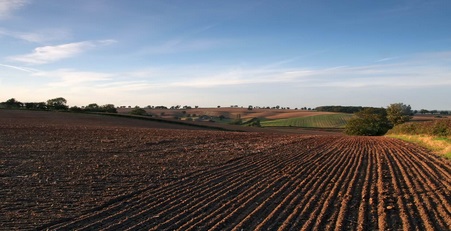 Midland also marked the start of the UKPA’s new clamp down on drink-riding and no soon had it started than it claimed its first victim. One player from each team was randomly selected, by means of chosing random numbers, and these players were subject to a breath test. All passed except for Sophie Lodder, who was then forced to miss her nine o’clock game. Arden did still win however, so it had little effect on the results.

Sunday also marked the end of Rihanna’s reign as the UK number 1. ‘Umbrella’ was knocked off the top spot by Timberland and his song ‘The Way I Are’ (which incidentally also means there are presently three songs in the top ten that are about big girls, as Fergie has ‘Big Girls don’t Cry’ at number 4 and Mika has ‘Big Girls, You Are Beautiful’ at number 9). There you go, don’t say we only tell you about polocrosse stuff! Anyway hopefully that means that this dreadful weather will stop and we can all leave our umbrellas at home for August!

The UK won one and lost one this weekend in order to seal the series against the Queensland Under 21’s. In the Saturday match they ran out 22-11 winners but the Queensland side struck back on Sunday and denied the UK a series clean sweep by winning 23-17. The UK girls dominated in both their test matches, with particularly strong performances from Beth Peaker. The UK boys found it tougher going and though in the first test they matched the Queenslanders, in the second one the Queenslanders started off with an eight goal chukka and never really let up.

The UK weren’t helped by a injury to Alex Bull’s best horse after the first test, meaning that he had to be dropped from the number 1 spot and played number 2 on a different mount. The boys rotated regularly during the second match, with Joel Sics starting at number 1 and then James Davidson moving into that role for the second chukka. Then Joel came back on for the third and James dropped to number 3 as Oscar Harding was removed from the match, possibly because he wasn’t really getting hold of the Queensland number 1 and possibly because he managed to almost seriously injure himself by running straight through a goal post towards the end of his second chukka! The UK boys did keep it more even in the second and third chukkas but it wasn’t enough to make up for the Queenslander’s early dominance.

However, the UK will not really be dwelling on the few negative points, they won the test series 3-1 overall and won convincingly in all the first three tests. The standard of play from both teams was excellent throughout, particularly given the fact that they were picking up on a field that had been cut up very badly by previous matches.

This division was won by the UK juniors, making it an excellent weekend to be a UK polocrosse fan. They best the New South Wales team in a fast paced and close final. The UK had the edge throughout. Probably the pick of the UK players were the two number threes, Simon Amor and Alex Richardson, but all the UK players did their jobs very well and it was clear that Tom Simkin’s coaching had paid dividends. For NSW Lucy Grills was excellent in one of the number 1 spots and Lauren Hunt was equally good as her 3 but they couldn’t quite do enough to stop the UK runnes out winners by 13 goals to 9.

Kent picked up yet another A grade trophy as their relentless march for their first Nationals title in 5 years continued. They had to work hard to beat Arden, who lead early on by couldn’t keep up with Kent towards the end. Kent welcomed back Tessa Newton for the weekend, as she decided to make life hard for herself by playing for Pennine in the B grade and Kent in the A grade. Despite this tiring schedule she had a good tournament, in the number 2 spot between Beau Moore and Jamie Grimmond (lucky girl). The final was a fast paced affair with the Australians of Kent versus the Zimbabweans of Arden. This lead to some very flashy goals and some excellent passing play from both sides. Arden did get Sophie Lodder back for the final, as she passed a second breath test just before the match, but they were without their captain, Jason Burbidge. However, rumour has it he will be fit by Nationals. Whether he will be enough to cause Kent’s downfall remains to be seen but by the look of things at the moment the Nationals A grade is going to be an exciting contest.

The Crusaders showed their true colours this weekend; they are a nice shade of grey. Personally I’m not convinced about their new playing shirts but I do like their new team jackets, which are rather attractive and have a badge with the slogan “Live by the Sword, Die by the Sword” on them (though, honestly,some people might not like the idea of Rick Murray with a sword).

1) Well, according to the organisers, Greg Sargeant (Arden), but the mighty Chunder Boy decided that he was not worthy and passed the accolade on to Jamie Grimmond (Kent). By all accounts, it was quite amazing Jamie passed his breath test first thing in the morning so he probably deserves it for that alone! Joking aside, it was a very nice gesture of the Sarge’s and was a wonderful display of sportmanship.

The return of Richard Chapple to the playing arena continues to work wonders for Arden, as a team with him in it records their second victory in as many weeks. The other teams could not get close to them this weekend, with Chris James scoring freely. Pennine finished in the second spot ofa divison that was played as round robin. Whether Pennine could have done better if Tessa Newton wasn’t also playing in the A grade for Kent will probably always remain an unanswered mystery. Pennine did have in their ranks this weekend Uncle Pete, who has so far this season played for about four separate clubs (none of which have been Arden, which is actually the club he is a member of). Whether Arden are receiving money to loan him out or whether he is on going on trial with the view of being sold is unclear.

Best Horse: Imogen Johnson’s, I think it is a Lee horse so probably Something Lee!