Highlander: There was only one!

The most noticeable absentee this year will no doubt be Rick Murray, if indeed he does not return from New Zealand to play in the summer. If he doesn’t, he will be sadly missed as he was truly unique. He was one of the greatest characters and players in the sport and he also produced some of the finest horses ever to play polocrosse. He was heavily involved in the forming of Liscombe Park Polocrosse Club back at the end of the 90’s and was chairman and coach of it for a number of years. He won the A grade National Championship a number of times, most recently with Highlanders in 2005. He taught polocrosse to countless people and taught them all extremely well.  Hopefully one of them will replace the gap that he has left in the sport and in the UK side. Jono Keen seems to have perfected the Rick Murray speciality of a big offside pick up coming out the back of the line up so he is certainly a candidate.

With Rick not playing there is a gap in the Highlanders A grade team. Who will fill it remains to be seen, but they could possibly bring up a B grade player as a number 2 and put Martin Brookes back to number 3, the position he played brilliantly for the UK against Zimbabwe. Tom Simkin has also joined the Highlanders this year so he might be one possibility for the place.

The Germans Are Coming!

And so are the French, the Dutch, the Portugese and the Norwegians!

The first European Internationals will be run alongside the Pennine Tournament (at the Northern Racing College, Doncaster) on the 27/28th of May. They will compete in a special division that will also have in it UK and Ireland sections consisting of players ranked three and below. Each guest nation will be hosted and horsed by one club.

This is brilliant news for international polocrosse and hopefully before long we will be playing against these countries in full scale internationals; if nothing else it will be a lot cheaper than constantly sending our teams to Oz, NZ, USA and Africa.

Back in a Flash?

Will Tom Yates return this year? He only turned up at couple of tournaments last year, saying he didn’t have time but it was thought it was more likely to be due to THAT photo! You know, the one where he is stretched out naked posing for his now ex-girlfriend. It remains to be seen if he will show his face, or any other part of him, more this year.

This year there will apparently be a move to try and encourage southern teams to travel further North in order to encourage more polocrosse in the North and particularly in Scotland. This would seem only fair as the Northerners have for years been travelling many hours south in order to play and the number of players in the North now is definitely equal to, if not more than, the players in the South.

Southerners, not being as hardy as Northerners, may well find the long journeys and cold weather a problem that they are unwilling to overcome but looking at the tournament schedule this year if they want to play a decent season they will have to wrap up warm and head towards the land of kilted men. For the moment the Nationals do remain in the southern hands, being back at the wonderful venue of Liscombe Park. Few would deny that it is the best venue in UK polocrosse but seeing northern teams have won the A grade (and most other grades) the last two years how long before they demand their chance to host it? 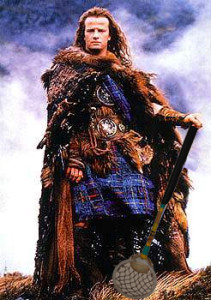