Liscombe tournament was played over two days of blazing sunshine and extreme heat but that didn’t stop some very competitive polocrosse and some fine results. There was also a wonderful party on Saturday night which included a slave auction in order to raise money for Shaye Williams’ sister.

There are, as normal, a few gaps but hopefully they should get filled in soon!

The A grade was won by Arden despite the fact they were narrowly defeated by a Highlanders side in the final match on Sunday. This was because the A grade was played as a round robin and the two Highlanders A grade teams decided that rather than play each other they would call the match a draw. This meant they ended on lower points than both Arden and Kent, who got second place. This once again leaves Highlanders without a placing so far this year so is it all going wrong for them.

Even though some may say they won it by default, Arden played very well all weekend and Jason Burbidge was on particularly good form as he picked Best Number 1, but the other best numbers went to Highlanders players in the shape of Brian Davidge and Guy Robertson. This was Bryan Davidge’s second Best Number 2 in two tournaments, showing why Highlanders bought him into the team after Rick Murray left. Kent looked good as well but really couldn’t match Arden when they played them. 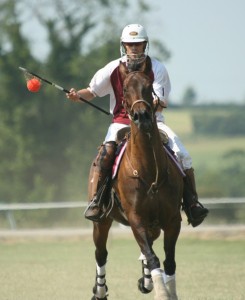 Jason Burbidge shows how to look cool while playing polocrosse

The B grade final was between two very talented teams, Arden and Pennine. Arden destroyed Kent and then were run quite close by Liscombe to book their place in the final, while Pennine easily overcame Pegasus Croome and then Northern Lions.

In the final it was Pennine who showed their class as they beat Arden by a surprisingly large margin. Arden were, however, not helped by the fact they had lost Dan Duhig to a thumb injury, even though Sophie Lodder came in to replace him. All of Pennine played very well, with Beth Peaker, Sam Sics and Imogen Johnson showing why they are on the Under 21 squad bound for Australia. Imogen Johnson threw some wonderful goals and would have probably won Best 1 if it wasn’t for the fact that Shaye Williams was playing in B grade this weekend. 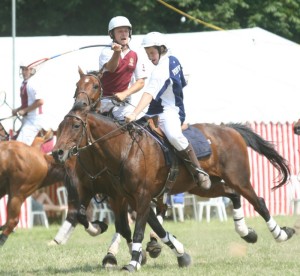 If you can’t beat them….beat them! Rob Jenkinson demonstrates the art of flat swinging on Joel Sics

The C grade was won by a very strong Welsh Dragons team which none of their opposition could really live with. Will Hunt played particularly well and picked up Best 1. Kerry Bean’s return to polocrosse saw her Pendle team pick up second place and also saw her personally pick up Best 3. 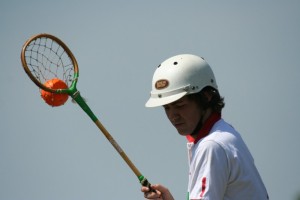 Will Hunt meditates before an important match

The D grade was won by a good Kent team who were greatly helped by the scoring prowess of their two number ones in Phillipa Russell and Will Halcrow. Oli Harwood also played well and picked up Best 2. Centaur came second and Megan Hibberd picked up Best 1. Centuar also had Vicky Metcalfe back playing for them this weekend, though she must have been very tired as she was also playing for Pennine in the C grade. 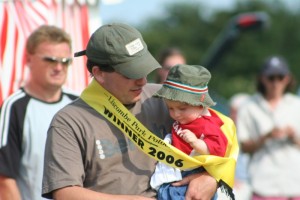 I’ll admit it, I didn’t actually see any E grade this weekend. I do know, however, that Western Phoenix picked up their first win of the year as they saw off all comers in the E grade. Kent Target came second. 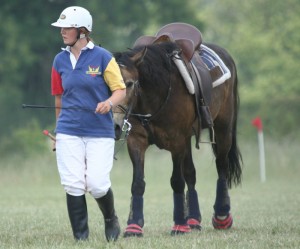 It’s very tiring being the best!

Centaur continued their good run of form in the juniors by taking the both 1st and 2nd. Okay, I didn’t seen much of the juniors either but I’m sure Centaur played wonderfully, after all let’s not forget they are yellow, they are blue, they are Centaur through and through!